The difficulty of being a professional, a parent, and a spouse on the same day: Daily spillover of workplace interactions on parenting, and the role of spousal support 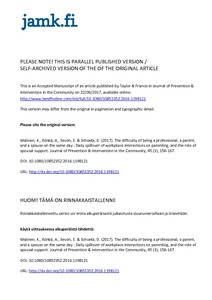