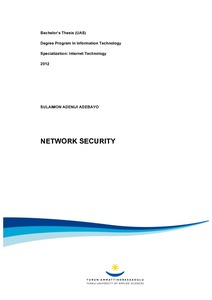 The rapid increase in computer, mobile applications and wireless networks has globally changed the features of network security. A series of Internet attack and fraudulent acts on companies and individual network have shown us that open computer networks have no immunity from intrusions.
The traditional way of protecting computer networks, such as firewalls and software encryption are insufficient and ineffective. The wireless ad-hoc network is susceptible to physical attack or harm due to its feature of open medium dynamic changing topology, monitoring and management point not being centralized, clear line not well defended and cooperative algorithms.

Since the techniques developed on fixed wired networks to detect intruders have been rendered inapplicable in this new environment, the need for ways and methods to develop new architecture and mechanisms to protect mobile computing applications and wireless networks is important.