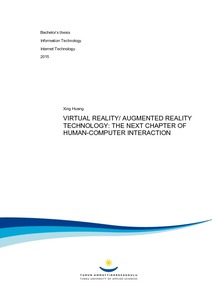 No matter how many different size and shape the computer has, the basic components of computers are still the same. If we use the user perspective to look for the development of computer history, we can surprisingly find that it is the input output device that leads the development of the industry development, in one word, human-computer interaction changes the development of computer history.
Human computer interaction has been gone through three stages, the first stage relies on the input command to interact with the computer and the main input device is the keyboard. The second stage, which occurs presently, is the graphical user interface and the main input device is the mouse. The third stage is the touch screen which is used in every smartphone and tablet and the main interaction at this stage is finger. There is one clear point in such history, the basic evolution direction is to let people have more freedom, bring a more natural way to gain information, people want to fully use the human five senses to feel the world, thus virtual reality and augmented reality has become a hot topic.
This thesis gives a brief history of human-computer interaction and an introduction of virtual reality and augmented reality, discusses their development and how they work, and provides reasoning why virtual reality and augmented reality will be the next stage of human-computer interaction.