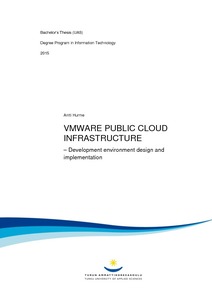 The thesis resulted in a functional VMware public cloud infrastructure built on legacy hardware dedicated for this purpose. The installation has later been used to plan and implement major version upgrades of the production environment with minimal downtime.