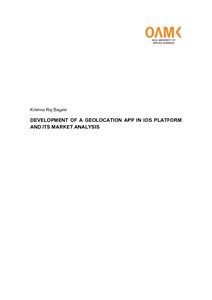 WEi! will be the first available application nowadays that allows you to spot the most popular places and events around the city, it displays useful information such as the male/female ratio or how crowded some place is, so you can decide whether to go or not to a bar, depending on your interests. Also, having a big stable user base, an analytics platform for business owners will be provided so that they have a better understanding of the demographics around their premises so that they can make business changes according to them. Available for all the main different mobile Operating Systems, in which a normal user (i.e. who is going to use the application for the purpose of what the application is meant to display) would be able to see in real time how many people there are in a bar/club/event/establishment/retail unit/beach or any traceable space.

The users would have a possibility to see a map where to select the desired locations, and see the information. They would also have on the display the percentage of people according to the capacity, and the percentage of each gender. Additionally, they would be able to see the events coming, as well as other interesting information for the user. A feature that WEi! is going to integrate as well will be the possibility to add to a wish list their favorite places so that they do not have to find them every time. A professional user would have some more options in addition to normal user capabilities to benefit their business/businesses. They would have a possibility to add events inside their establishment and to sell tickets through it, thus increasing their revenue.

Also they would have a possibility to promote their establishment inside the app by advertisements. Additionally, they would have analytics to see the amount of people and percentage of each gender at any given time interval. The attractive of WEi! is simply a business idea that has been proven to be successful due to competitor analysis. The only competitor is not developing any activity regarding the common business idea with WEi!. In fact, even though the company still exists, it already announced its closing due to privacy and legal issues which WEi! will not have due to different technology and form of operation.