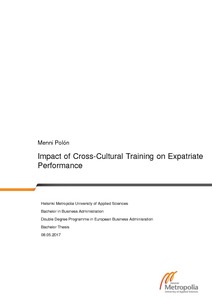 Due to free trade agreements, rapid expansion of global markets, changes in the business environment and the increased ease of global mobility, numerous companies have enlarged and diversified their business overseas. A firm’s strategic purpose, together with many other factors, such as host-location policies, culture and the competency level of local employees, affects the decision of whether a parent country national (PCN) or a host country national (HCN) will be appointed to manage foreign operations.

Due to firms’ transnational value chains and global operations, expatriation (sending a PCN to a foreign office through an internal transfer) has increased in popularity, with the number of expatriates worldwide estimated to be around 50.5 million in 2013 (Finnaccord, 2014). Expatriation offers companies various benefits compared to utilising an HCN, such as lowered task-specific training costs, tighter control of organisational culture and improved communication with a foreign subsidiary. On the other hand, expatriation has various challenges associated with it, as the employees sent abroad can have an increasingly difficult time in adjusting to their new host country. This often leads to expatriate failure, identified most often as the event of premature departure, or poor work performance.

Cross-cultural training (CCT) is often thought to be the most important factor in easing the process of an expatriate’s cultural adaptation - although some empirical evidence exists demonstrating its effectiveness, there is some disagreement regarding the degree of influence it can have on cultural adjustment. This mainly results from the inaccurate nature of the available research, and the lack of specificity in categorising relevant survey data.

Overall, it seems that CCT has, in the very least, a slight positive impact on an expatriate’s cultural adjustment, which can in turn lower the chance of failure and improve overall performance. In order for researchers and companies to arrive to more accurate conclusions, however, the research methods and criteria for future studies need to be updated to include relevant factors such as an expatriate’s innate cultural sensitivity, spousal situation and the length of an assignment. The relevant terms (such as expatriate failure) need to also be defined on exact terms, so that the results are comparable.