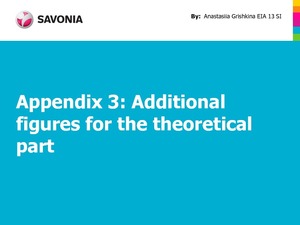 Need for transportation of the materials, details or ready products is growing over every year and it is directly proportional to the population growth. From the economic point of view, rail freight transport opens opportunities for new market entries and larger markets can be served.
This thesis work carried out the scientific study of so-called South, Middle and North Silk Road rail routes. All of the corridors are playing significant role in the economic growth of countries involved. The Northern route is going via Finland, Southern through Slovakia and Middle one via Poland. The main idea was to show benefits of each route and compare them from the point of time in travel, distance, volumes of transitions and technologies.
The goals of the thesis work were to study each route and its possibilities, to analyze and to compare pros and cons. In addition to that, routes were evaluated from the passenger transportation point of view.
To achieve goals set and to collect valuable data for the research, several interviews with specialists were carried out.
As a result, it can be stated that the Middle route is very congested and freight transportation via two other routes will release the route via Poland. In addition to that, it was found out that the routes via Finland and via Slovakia are suitable for freight transportation, while rail route via Poland is preferable for passenger transportation.
Practically, the results of the study can be used by the logistic and rail companies to increase the attractiveness of the routes. In addition to that, the thesis work can be interesting for the SME’s who are seeking to go international. The presented data gave an overlook on the rail transportation and can be used in the decision-making process for the matter of transportation mode.