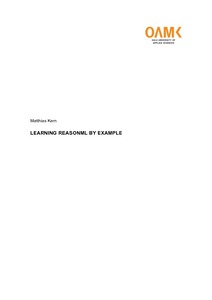 ReasonML is a new dialect of the OCaml language targeted at modern web de- velopment. The aim of this bachelor’s thesis was to explore the promises and core paradigms of the language. The aim was also to evaluate its approachabil- ity and usability.
The background of web development and functional programming in relation to ReasonML are explored. The syntax and features of ReasonML are elaborated. For the purpose of studying and evaluating the language, an interactive game was created. The game is an implementation of Conway’s Game of Life.
The demo project was created successfully and without major issues. Rea- sonML’s static type system and compiler messages were evaluated as useful. The syntax of the language was determined to be simple to learn for JavaScript developers. This was considered was considered to be suitable for building these types of applications.