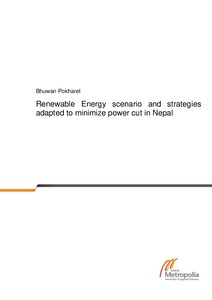 A few years back, there was a massive energy crisis in Nepal. People were facing a power cut of 12 hours a day, industries were shutting down and fundamental activities of the economy affected. Highly volatile political situations changed the energy policies. No stable strategies were adopted, and plans were doomed. People forcefully relied upon gasoline generators, solar panels, and other alternatives.

However, the political change in 2016, which followed the change of the Director of ‘Nepal Electricity Authority’ (NEA), the positive changes started. Huge reformation on organization was made. The result was outstanding. Power cut decreased by 80%. In current days, major urban areas are load-shedding free zones, industries have started running in full swing and positive changes in the economy have appeared. However, it did not happen overnight. The Energy Minister, Director of NEA and his team and the consumers, all have worked together to bring the situation to a hopeful point. NEA has future objectives to meet power demand and to sell hydro energy to the international market.