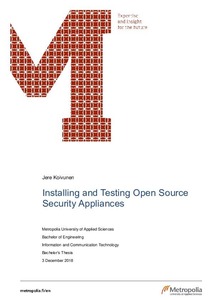 The tests implemented on the open source firewalls aimed to find any weak points that could compromise the security of a network. The tests were focused on attributes such as usability, application detection, content filtering, throughput, antivirus, and IPS. In addition to these, many other things were reviewed to get an idea of what open source firewalls are capable of.