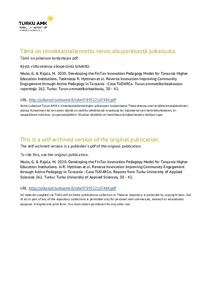 This situation is alarming and calls for stakeholder’s attention. Since academic institutions such as colleges and universities play a major role in preparing and producing individuals for industrial life, they, therefore, constitute a significant part of the stakeholders concerned. The major question is that, to what extent do Higher Education Institutions (HEI)produce graduates with relevant and sufficient competencies, knowledge and skills to help them become self-independent and capable of employing themselves and creating employment opportunities for others. This question has for a long time remained unanswered.